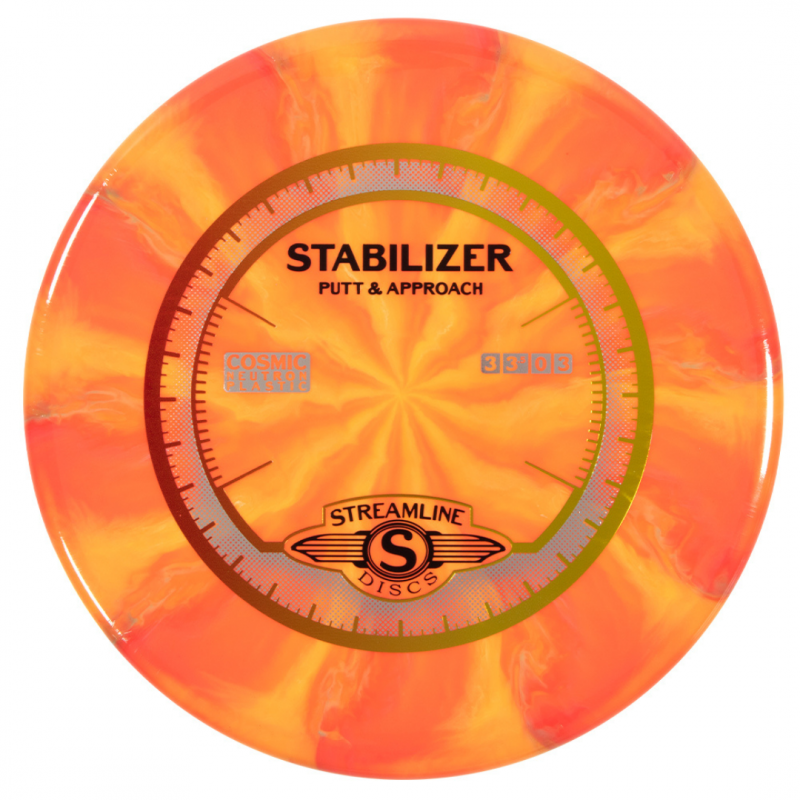 The Stabilizer is a new overstable putter from Streamline Discs, making its debut in Streamline Neutron and Cosmic Neutron plastic. This is the second putter from Streamline Discs and is the overstable compliment to the Streamline Pilot. The Stabilizer has a similar hand feel and depth as the Neutron Pilot, but with a slightly raised shoulder and more pointed nose that produces a flatter and more stable putter. The Stabilizers defining flight characteristic is straight flights with minimal turn, into a strong finishing fade for point and shoot accuracy on the approach.