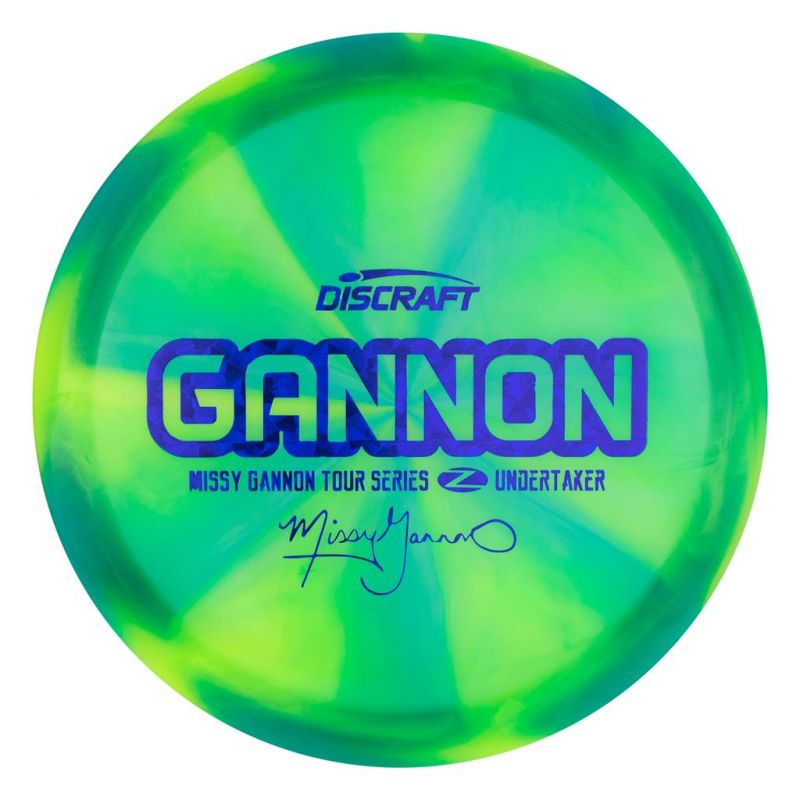 “My tour series Undertaker is such a reliable disc in my bag. It is a 9 speed fairway driver that flies very straight with a soft hyzer finish but I can throw this disc farther than any fairway driver I've ever thrown. The new swirly Z plastic has given the Undertaker some added stability and with a flatter profile, it feels super comfortable in my hand for forehands as well. As my go-to fairway driver, having an Undertaker with a touch more stability, beautiful swirls, and my name on it, is a dream come true!” -Missy Gannon