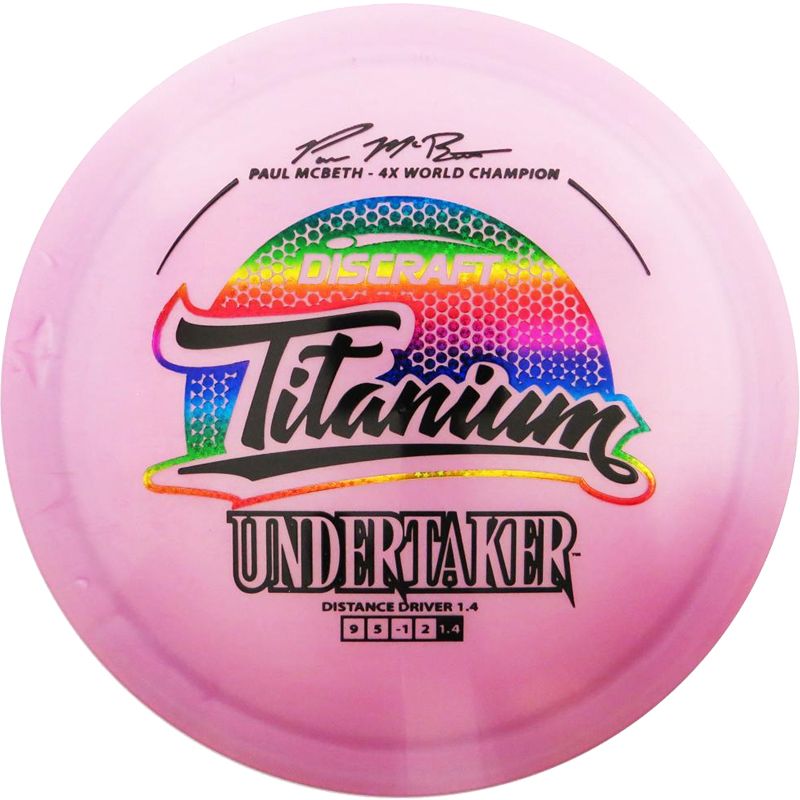 The Discraft Undertaker is an overstable driver released in the summer of 2016. This disc will offer some turn in flight but will end up fading left when thrown right-handed backhand. The Undertaker will take on headwinds and offer a flight that can be utilized for forehand throws as well.