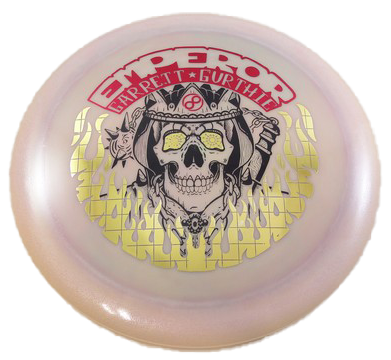 Swirly S-Blend Garrett Gurthie Emperor – The true workhorse driver in the Infinite Discs lineup, the Emperor is a stable 12 speed that can handle all of the power you put on it. Thrown by Garrett Gurthie so you know it can handle power. The flight is similar to that of the Innova Destroyer, it handles a ton of speed and power and will break into a disc that you can manipulate easily! GG aced with the Infinite Discs Emperor on a Par 4 at the Las Vegas Challenge for an albatross. Check out an Infinite Discs Emperor today and see if you can pull out the magic of GG and his ace.