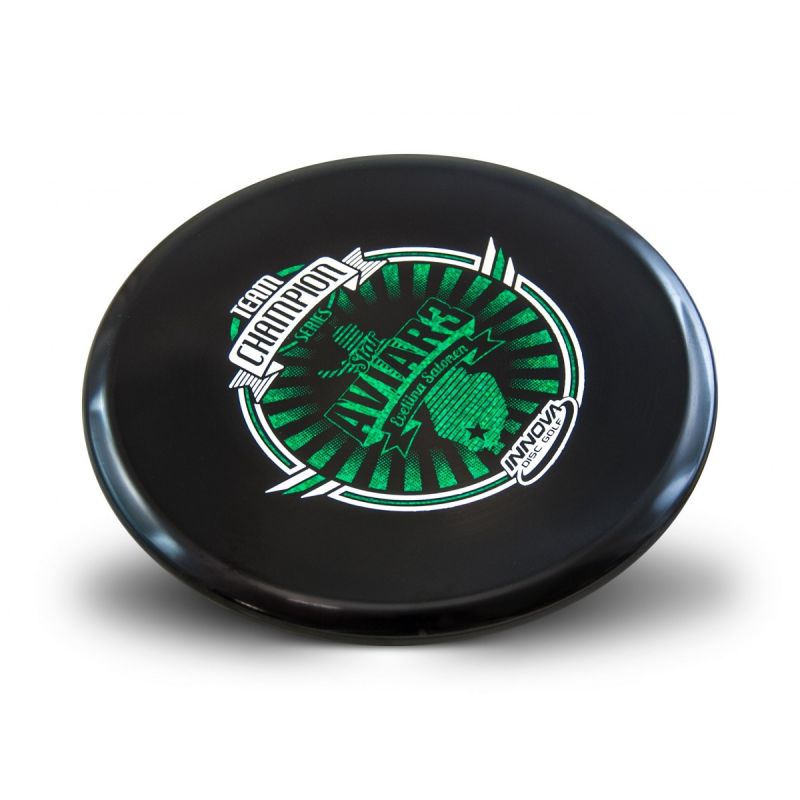 Skip to the beginning of the images gallery
Produktbeskrivelse
She may not be a household name in the US quite yet, but Eveliina Salonen has been quite a force in the European scene. Having captured the European Championship title in 2016, and the Finnish National Championship in 2015 and 2016, Eveliina has positioned herself near the top of the FPO World Rankings, and continues to climb. For her controlled upshots, she relies on the Aviar3. The Aviar3 has the same comfortable grip you'd expect in an Aviar putter but with a distinctive flat top. In the hand you feel the lower profile. It feels fast. Even better, it can handle the speed. Throw the Aviar3 with power, backhand or forehand, and you can trust it to drop on target. A substantial portion of each sale will benefit Eveliina Salonen and her touring efforts.
Produktomtaler
Write Your Own Review