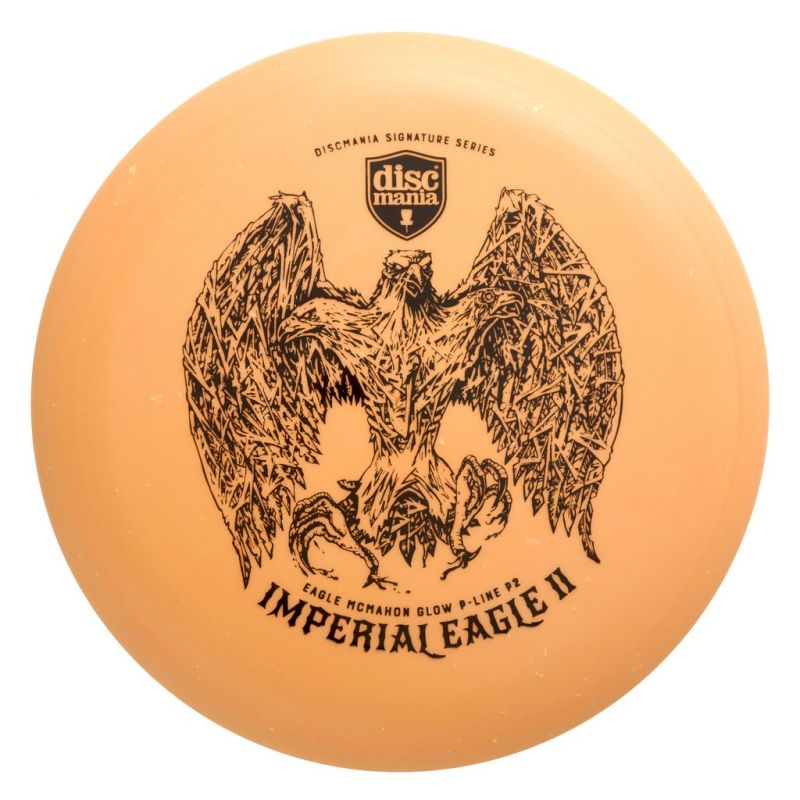 Skip to the beginning of the images gallery
Produktbeskrivelse
First Empires are built, and then Empires conquer. The Imperial Eagle is back after devastating the competition again and again this season and has returned stronger than ever. The Imperial Eagle II is the newest signature release for Eagle McMahon, featuring a massive three headed eagle on the front of the disc, this Taloned Terror is ready for war on the course, and designed to crush opposition.
The P2 is the putter of choice for many Pros, and this time Discmania has changed the game again by running them in Color Glow P-line plastic. The Color Glow plastic feels natural in the hand and looks like a putter made for royalty. Whether you’re playing in dazzling sunlight or ominous night, these putters will be sure to declare who the true ruler of the course is.
Produktomtaler
Write Your Own Review