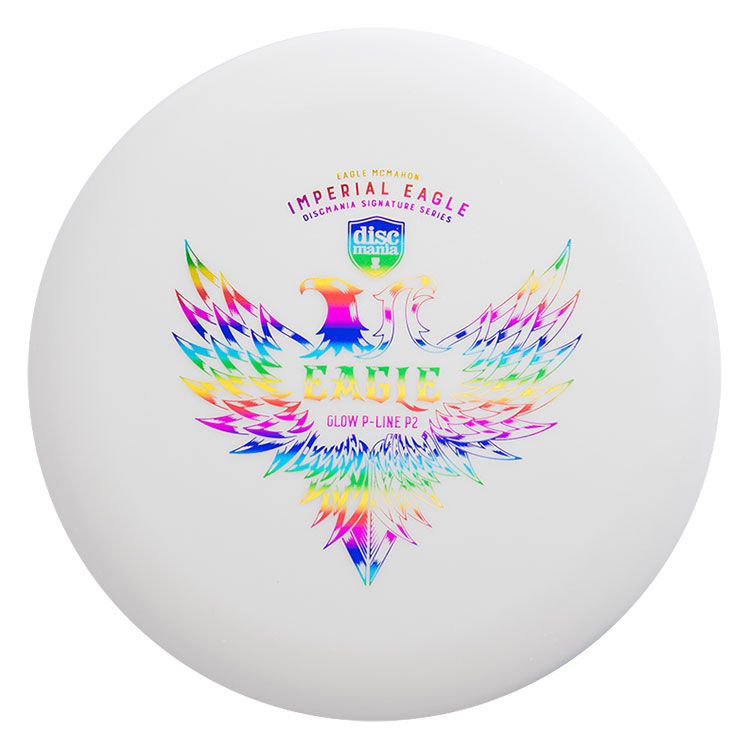 The Eagle McMahon Glow P-line P2 Imperial Eagle is the newest addition to the Discmania Signature series. The Imperial Eagle comes in the P-line plastic with an extra twist of the glow additive. What’s the result? A perfect blend of firmness and tackiness that gives players the confidence they deserve to reign supreme on any course. Every empire has it’s king, and the Imperial Eagle is looking to build its new empire. With the new two-sided eagle design, the Imperial Eagle is a balance between day and night. It represents Eagle McMahon’s personality on and off the course. On the course, he is a fierce competitor, equipped with many tools. While off the course, McMahon is known to be one of the most approachable professionals in disc golf.Discmania donates a substantial portion of each disc sold to support Eagle's touring efforts.