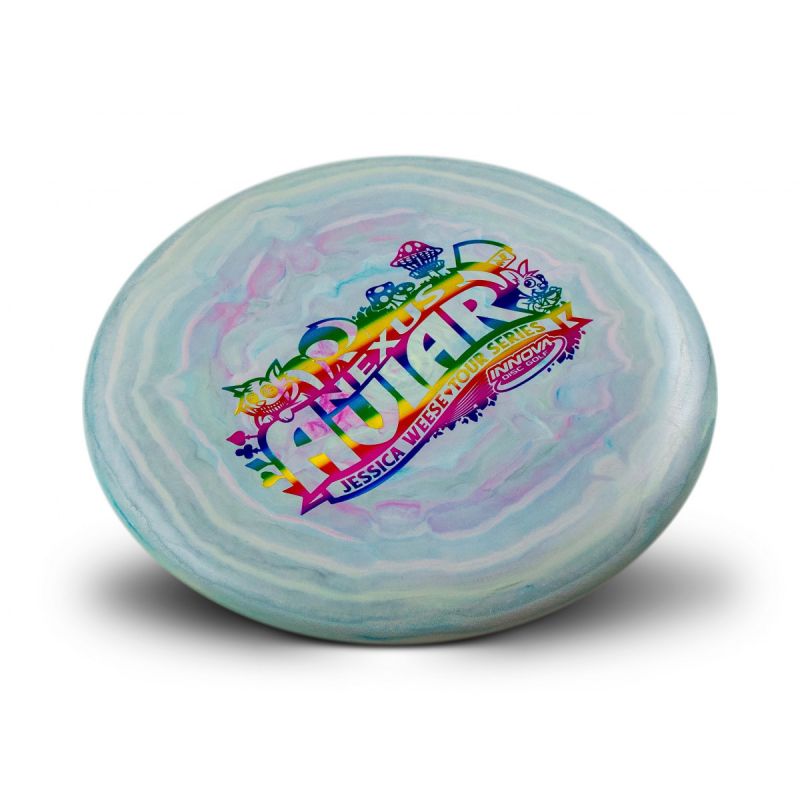 Jessica Weese was looking for a dependable putter in a plastic that is the perfect blend of stiffness and grip. We were able to create the Aviar Driver (also known as the Big Bead Aviar) in the new Nexus plastic, which provides a reliably stiff feeling disc with exceptional grip. A substantial portion of each sale will benefit Jessica Weese and her touring efforts.