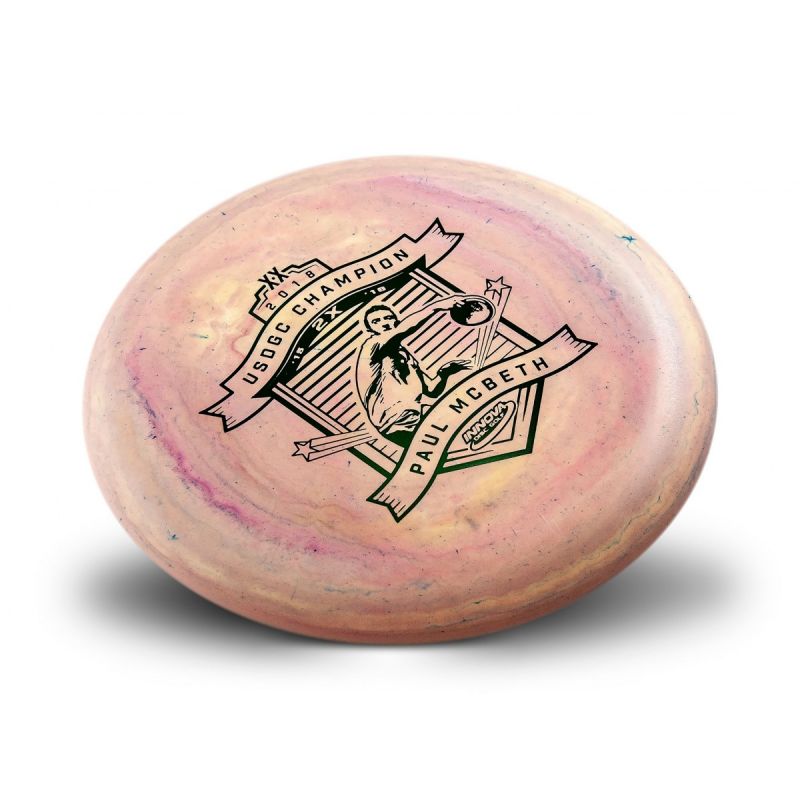 The McPro Aviar was the result of a collaboration between Dave Dunipace & 4x World Champion (and now 2x US Champion!) Paul McBeth. The McPro Aviar has been molded according to McBeth's wants and needs as an elite touring player, and has been his putter of choice ever since. In honor of Paul's win at the 2018 USDGC, we are featuring these commemorative Galactic McPro Aviars for a limited time.