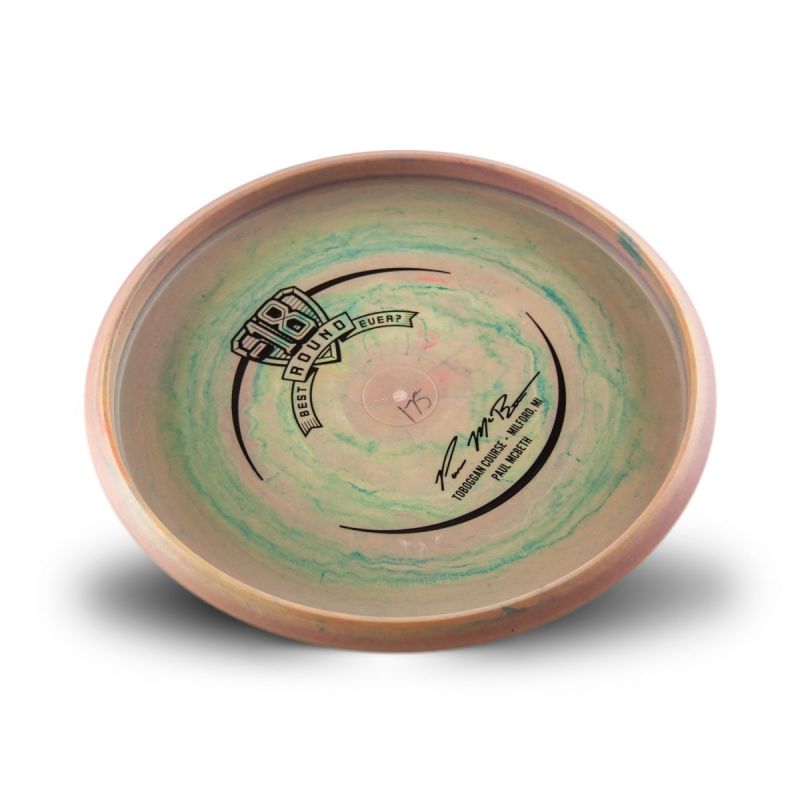 At this year's Great Lakes Open, Paul McBeth's 18-under par second round may have been the closest we've ever come to seeing perfection. With one eagle, one par, and sixteen birdies on his scorecard, Paul's score of 45 set a new course record, gave him a commanding lead in the tournament, and helped solidify his place within the pantheon of disc golf legends. Now is your chance to pick up this limited version of the 2018 McPro Aviar, commemorating his momentous achievement. Stamped with the regular McPro Aviar artwork on top, and the commemorative artwork on the bottom, these will look great from every angle.