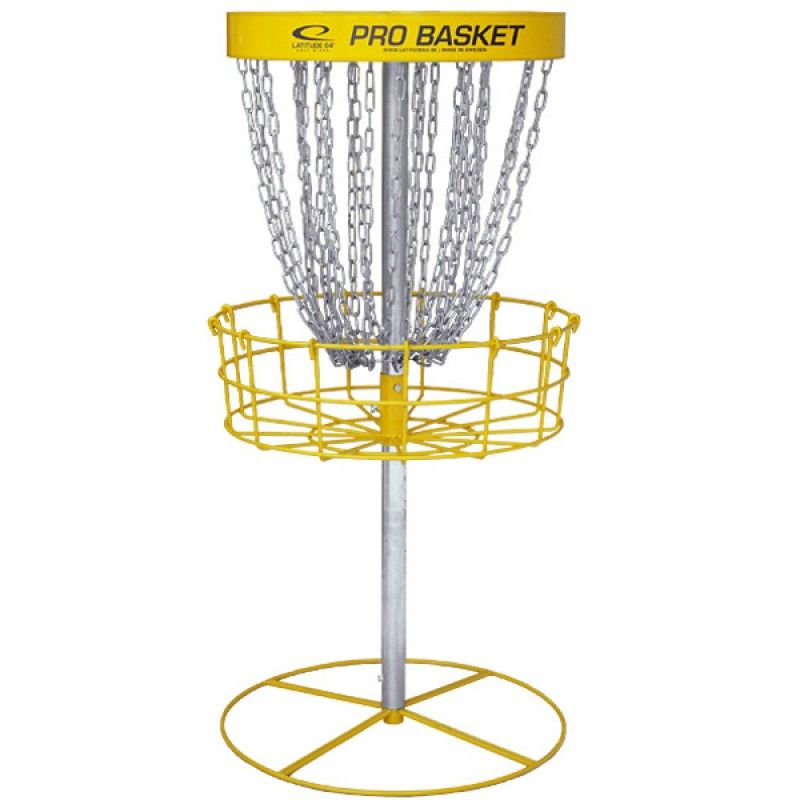 PRO BASKET
Our Pro Basket E2 (Edition 2) is made out of high quality materials with the goal of making it both functional, long lasting and beautiful. The pole and chains are galvanized. The top and basket are given a Zink foundation to reduce the risk of corrosion. After the Zink treatment it is powder coated to get even more protection and to make it what is arguably the best looking Disc Golf target out there. The basket of the E2 is a little bit larger than the previous model to prevent ”drop outs”.
We also switched to double chains instead of tripple chains to make it more ”soft” on the edges so that slightly off line putts can make it instead of just bouncing off the chains. The E2 has an improved top part with sliders for the chains so they hang in a zig zag pattern which makes it less sensitive for ”spit outs”. It has 13 chains per layer instead of the usual 12, making the gap between the chains smaller. This will make sure that putts don’t slip through and also that they don’t hit the pole causing ”spit outs”.  Pro Basket E2 comes in a box with a splitable pole.

Pro Basket is the first European Discgolf target that is approved for competition by the Professional Disc Golf Association (PDGA).