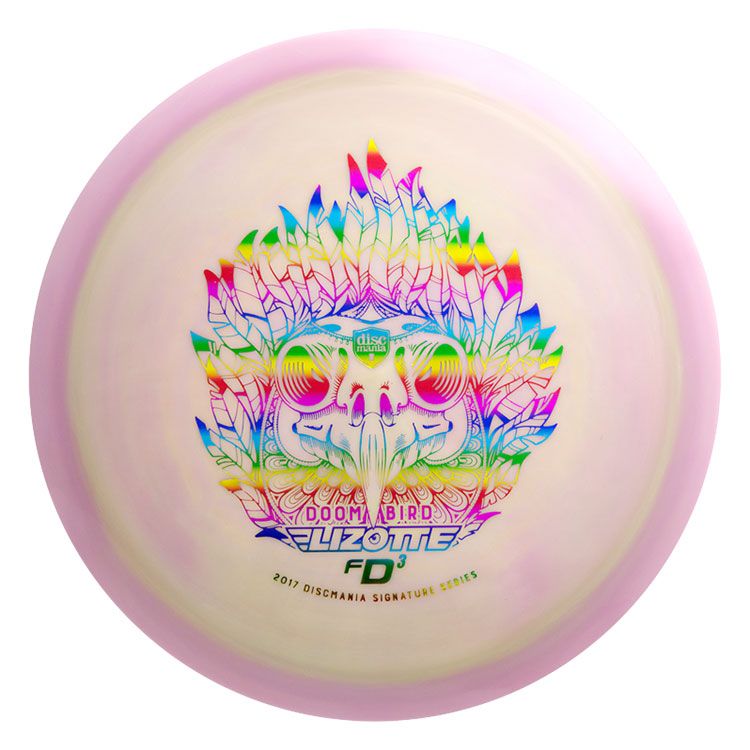 There is a story to be told. It dates back to 2013 when Simon Lizotte signed with Team Discmania. Simon and Discmania CEO, Jussi Meresma, sat down to decide what design would be used to represent Simon for the future. The decision was made quickly. The Falcon. It’s the fastest bird on earth. It’s that simple. Lizotte’s original Falcon design is one not to be forgotten, with the wings spanning off the sides and the aggressive Falcon eye looking at you from the middle of each disc. The same artwork that would soar three of Discmania’s molds into the company’s top sellers. One of which is the Swirl S-line FD3. Well, it’s about to be reinvented.

The Swirl S-line FD3s has a firm feeling with a slightly more rounded nose which makes them more overstable. We bet you'll love this disc for it's extra overstable flight and for the legendary appearance of Discmania swirl discs.

Pro Tip: This run of Swirl FD3's have a gentle dome on them, giving it a touch more glide but bringing the same stability as the last run.

The FD3 is targeted everyone who can appreciate an overstable driver you can trust in all conditions. The FD3 features an aerodynamic low profile and a very comfortable concave lower rim. The initial release comes with vibrant C-line material that endures wear very well and provides an awesome grip. The flightnumbers for the FD3 are set at 9, 4, 0, 3. Despite being very close to our best-selling Power Driver (PD) in terms of flight ratings, the FD3 offers noticeably more overstable flight pattern. This disc can be used for everything from touch sidearms that get you out of trouble to full power drives off the tee. You can always rely on FD3s long but powerful and forward-penetrating fade.
Produktomtaler
Write Your Own Review