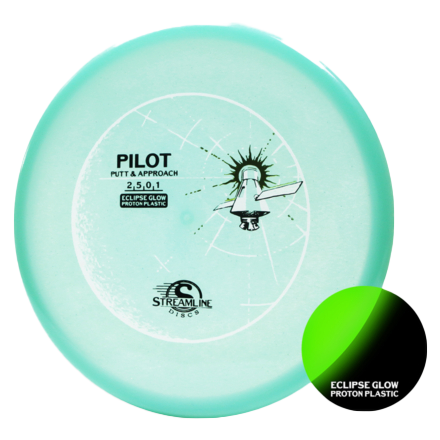 The Pilot is a versatile putter with a neutral flight profile.

The Pilot has a medium-depth grip, small-bead wing design, flat top, and a comfortable rounded nose. The Pilot’s feel in the hand with grippy Electron plastics will inspire confidence, while its dead straight flight takes you right to the pin. MVP throwers will find the Pilot’s depth in between the Atom and Anode, and its flight most similar to a seasoned Anode.