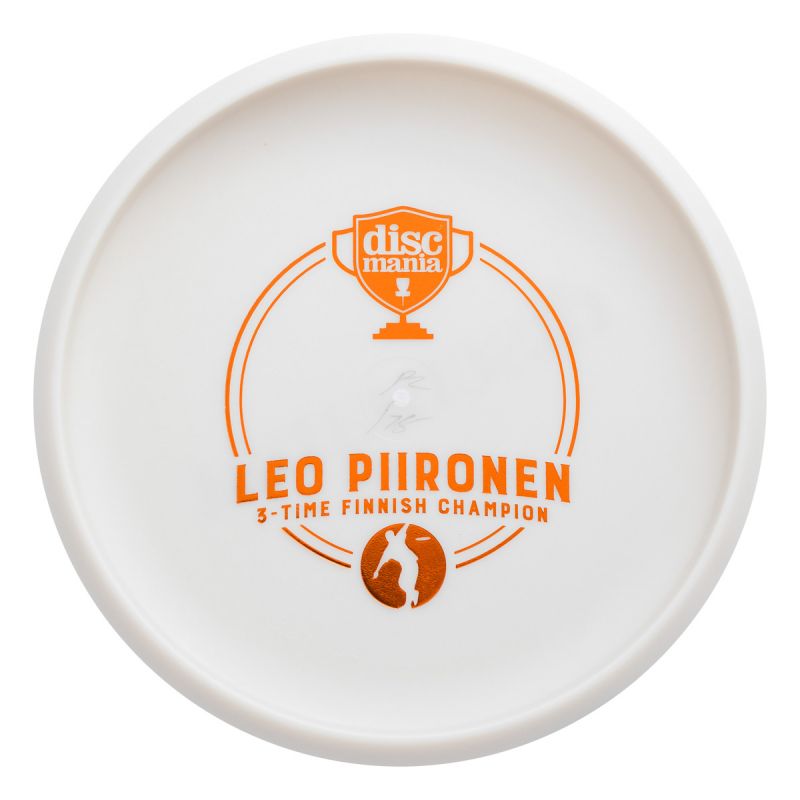 Grab a stack of rare bottom stamped D-line P2's commemorating Team Discmania's Leo Piironen's 3rd Finnish Championship title right here! These discs feature a stamp only of the bottom side, while the top of the disc is blank.

Discmania Triumph Series releases are dedicated to honour the accomplishments of Team Discmania players. Each release comes in limited quantity and the player in question gets portion of the sales.

The D-line P2 is likely Europe's most popular putter Several Discmania and Innova sponsored pros trust the P2 for the most important throw in the game. The P2 keeps popping up at the top of most sold charts, especially in putters, but also in all disc types combined.

The P2 is more overstable than the P1-series, and is very stable in high speeds, making it ideal for driving, even through winds. One benefit of the P2 is also that is has been produced in each of the plastic types Discmania discs have ever been produced in, so you can be sure to find your favorite.

These P2s are made with the standard D-line plastic which is a favorite of many. D-line plastic is quite stiff and grippy, and is easy to beat in to the desired stability from the fairly overstable starting point. This run comes with the redesigned Discmania standard stamp where all that is not necessary has been left out, and the result is a clean Scandinavian type design.

The D-line P2 has been our bestselling putter for several years in running. That's no wonder, as this disc is a favourite for all skill levels. Find out why the P2 is one of our most popular molds by trying it out yourself!

Good for: Putting, approaches, drives, for advanced and pro players.