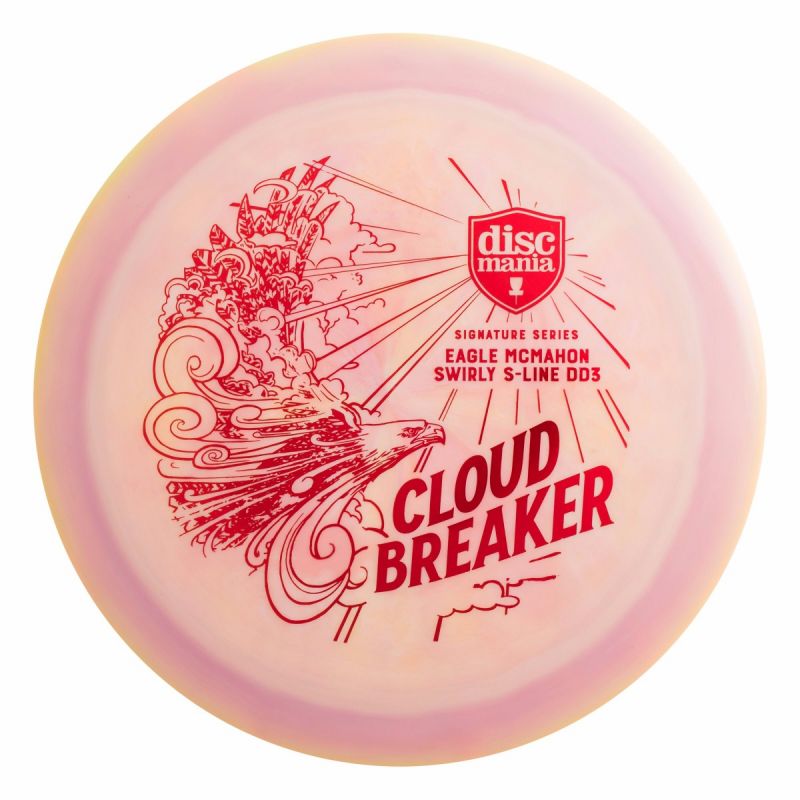 Time to make some room in your bag - Here comes the Cloudbreaker! This distance driver that has been optimized to bring massive glide and distance to those who have the power.

There are many great disc golfers who have the strength and power to accomplish amazing feats… but there’s only one disc golfer with the power to break clouds and shatter the skies. Eagle McMahon brings unbelievable distance with his signature release, the Cloud Breaker.

The Cloud Breaker is a Swirl S-line DD3 that has become a staple in Eagle’s bag since it’s release. The Cloud Breaker is a stable to overstable driver that offers tremendous distance to those who have the power to get it up to speed. The DD3 has a straight to fade flight making it extremely reliable for stable shots and big hyzers. Pro level arms will see a slight turn and carry before the DD3 finishes it’s flight with a stable fade as it glides to the ground. This disc is an excellent option for players looking for an overstable driver that they can trust on full power drives both forehand and backhand. Run in Swirl S-Line plastic, the Cloud Breaker has enough durability to handle all course conditions while still retaining a comfortable grip.

Eagle Mcmahon says “The DD3 reinvented the way I think about distance shots. Whether I’m throwing backhand or sidearm, the DD3 gives me confidence looking down the fairway. The mold offers an incredible culmination of speed, glide, and semi-overstable stability. It has helped me add significant range to my distance game without sacrificing control. I would recommend the DD3 to a wide range of skill levels since there are many different uses for the disc.”

This signature run of the Cloud Breaker is separate from the prototype run featured in the Winter 2018 bonus edition Mystery Boxes. While both runs have a similar feel, you can tell the difference from the embossing on the bottom of the disc - these discs read "S-line DD3" on the bottom, while the proto run discs read "prototype".

Tear up the course and set your sights on new distances and pick up your Cloud Breaker today!