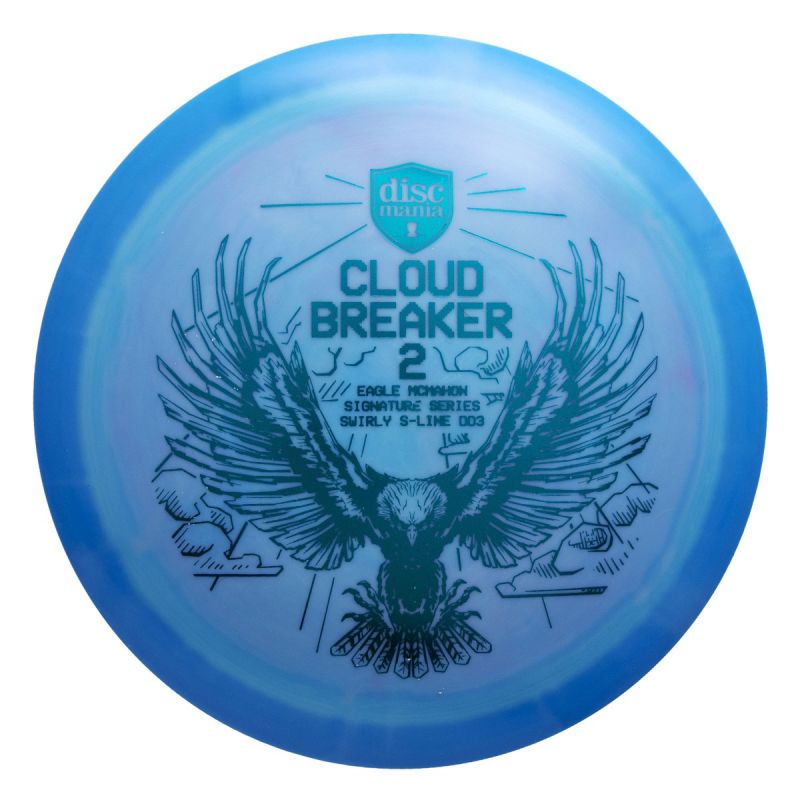 As one storm passes, another must surely follow. The worldwide phenomenon returns for its second debut available worldwide, the Cloud Breaker II.

This is a disc that quickly became a fan favorite among players of all skill levels and has become a must-have for all disc golf enthusiasts. Although it is a speed 12 disc, the Cloud Breaker 2 DD3 offers plenty of glide, a smooth consistent profile, and just the right amount of stability suitable for an exclusive distance driver.

Expert level players can expect a bit of turn when throwing at maximum power while retaining the ability to handle plenty of wind with a reliable fade. Players with beginner to intermediate levels will also enjoy using this as a go-to distance driver for forehand and backhand shots.

Swirly S-line plastic typically has more grip to the plastic and a buttery feel. Plus, the added benefit of beautiful swirls in the plastic certainly bring that “wow factor” to the game as well.. As one of the most well known players for his sheer power with forehand and backhand throws, Eagle trusts this disc to get the job done. He’s been busy conjuring up another release that will break the clouds yet again. Are you ready?

Eagle Mcmahon says “The DD3 reinvented the way I think about distance shots. Whether I’m throwing backhand or sidearm, the DD3 gives me confidence looking down the fairway. The mold offers an incredible culmination of speed, glide, and semi-overstable stability. It has helped me add a significant range to my distance game without sacrificing control. I would recommend the DD3 to a wide range of skill levels since there are many different uses for the disc.”